Employees: 70 (about half from a temporary labor agency)

Founder Beryl Stafford has fostered a growth company by filling an unmet need for healthy snack bars for 10 years running.

Her daughter, for whom the company is named, was making gooey oat treats with butter, high-fructose corn syrup and refined sugar and taking them to school to share with her friends.

"They were so good, but I took the recipe and made them healthy," Stafford says. "They were just dripping with butter and corn syrup and really yummy."

At the same time, there was a void in the market for vegan and non-GMO snack bars.

"Because of the fact that they tasted so good and there was a need for it in the marketplace, I started this business," she says.

Her first customer was a local coffee shop, and when it reordered her product, she was in business.

"We market ourselves as a breakfast bar, so we got started in coffee shops," Stafford says. "Now we're all over the country." 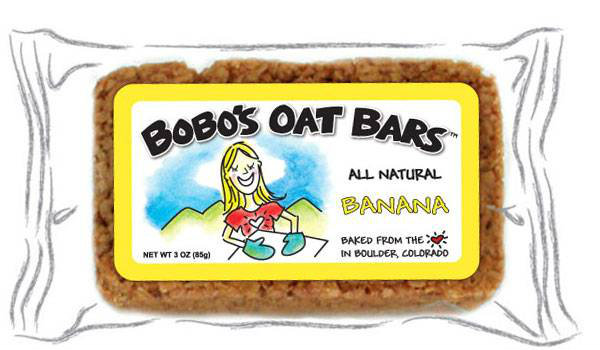 The highly competitive market for food bars is growing rapidly. The market for bars is projected to reach nearly $8.3 billion in 2016, up from $7.8 billion this year, according to a report by MarketResearch.com, a provider of global market intelligence.

Bobo's Oat Bars was recognized as one of the fastest-growing companies in Boulder and Broomfield counties during the 2007-2009 fiscal years, when its overall sales revenue more than doubled.

About a year and a half ago, the company relocated to a 13,000-square-foot space at 6325 Gunpark Drive, more than tripling its amount of space.

Bobo's Oat Bars are made with non-GMO natural and organic ingredients and come in 10 flavors like cinnamon raisin, peanut butter, banana and chocolate.

The company recently introduced a gluten-free line with flavors like peach, maple pecan and apple pie. The new line has benefited from increased demand for gluten-free foods, sales of which posted a compound annual growth rate of 34 percent over the five-year period that ended in 2014. Sales should easily top $1 billion in 2015 after hitting $973 million last year, according to market research publisher Packaged Facts, which projects sales will exceed $2 billion in 2019. 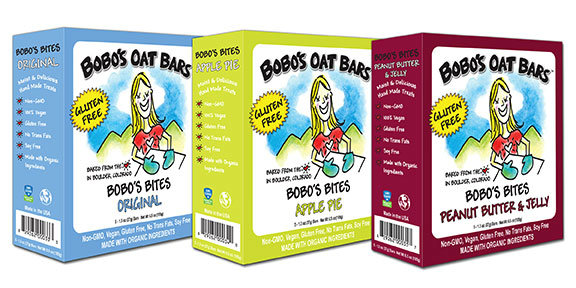 Another new product is Bobo's Bites, which includes five of the company's smaller 1.3-ounce bars, about half the weight of the regular bars (3 ounces). All of the bars are kosher certified by Earth Kosher.

Stafford is working on boosting the protein in the bars, which contain just 3 grams."We're experimenting," she says. "It has to be plant protein, so we're using pea protein. We're vegan and we're soy free."

Challenges: "The biggest challenge is finding more distribution channels," Stafford says. "It's a very competitive market. You need and want as much distribution as you can find."

Opportunities: "We are just getting started in supermarket chains, so there's a huge opportunity there," offers Stafford. Bobo's bars can be found in Whole Foods Market, Lucky Supermarkets, but have not hit the big, national chains like Kroger or Safeway.