It only takes a few ingredients -- barley, hops, water, and yeast -- to brew a batch of simple beer. When it comes to outlining a blueprint for a successful craft brewery, however, one more crucial component is required: passion.

"The premise for starting was deciding what I liked most in my life: beer," says Brian Dunn, the founder of Great Divide Brewing Co.

Under different circumstances that quote might seem like a line lifted straight out of a fraternity house memoir or rowdy 1980s comedy film, but Dunn utters it with no comedic intent or bravado. In fact, he sounds much more like an early-20th-century artist explaining how colors on a canvas or words in a book can fulfill one's existence.

Which makes perfect sense because in the world of craft breweries, the emphasis definitely is on the craft. Even if sometimes that emphasis poses a bit of a conflict with what might be a better organizational decision.

"The original premise for the business was just to be on the production and wholesale side," explains Dunn. "I like making beer, so it was 'Let's just make beer, focus on that, and not deal with all the retail stuff.' Probably not the best idea in retrospect. It probably would have been best for us to start with a bar."

Dunn's other initial idea, though, was a hit. Great Divide opened in 1994, not exactly the Golden Age of sophisticated beer palates. And no matter how much passion goes into brewing a pint of beer, if consumers aren't willing to give it a taste, glasses go unfilled -- and businesses go unsuccessful. So Dunn figured out a way to reconcile craft and commerce.

"We made the decision to start with two approachable beers," he says. "An amber and a wheat. They weren't extremely exciting flavors, but they were good. We ended up getting rid of both, but at the time, IPAs weren't big, neither were imperial stouts, so it was a good decision for that era."

Hindsight actually proves it was a genius decision. That first amber and initial wheat might not have survived, but Great Divide is thriving -- and even can be credited with fostering the education of at least an entire generation's worth of taste buds.

"People have much more diverse tastes and acceptance of a wide variety of styles now," Dunn adds. That translates to brewers having more latitude than ever when choosing what products to introduce.

Lafayette's Odd13 Brewing got started two years ago. The origin story is similar. Co-founder Ryan Scott loved beer. He had been home brewing for a while, even having some success in competitions. Kristin, his wife, had a business degree, but was quickly realizing that she had no interest in a traditional desk job.

"She came home one day and said it would be a good idea to turn my skill and her background into a business," Ryan says. "'We should open a brewery,' she said." 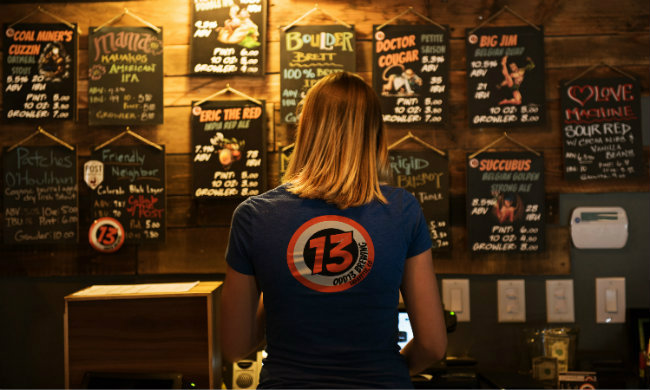 The Scotts, however, went the taproom route. "We visited a few and realized that starting a brewery didn't need to be a multi-million-dollar endeavor," Ryan says.

But that it absolutely could be a multi-beer endeavor. Thanks in part at least to the groundwork done by Great Divide some 20 years earlier, the current range of approachable beers is vast.

"We opened with six," Ryan recalls. Perhaps ironically, or maybe just happily, they included a couple different IPAs as well as stouts. "They were reflective of what I'm passionate about from a beer perspective."

Admittedly, during their first six months, Ryan concocted a couple batches that, subconsciously or not, probably sprang from an early business owner's sense of needing to satisfy everybody.

"They were fine," he says. "They just weren't flavors I was passionate about. So you won't find a blond or amber on the board anymore. There are plenty of other breweries doing traditional German lagers and other things, and I enjoy drinking them sometimes, but it's not what I'm passionate about making, so I decided to leave those to the people who are."

Kevin DeLange's passion has resulted in a few growth spurts for Aurora's popular Dry Dock Brewing Co. "What's prompted it every time," says the operation's co-founder, "was simply being able to keep up with demand." 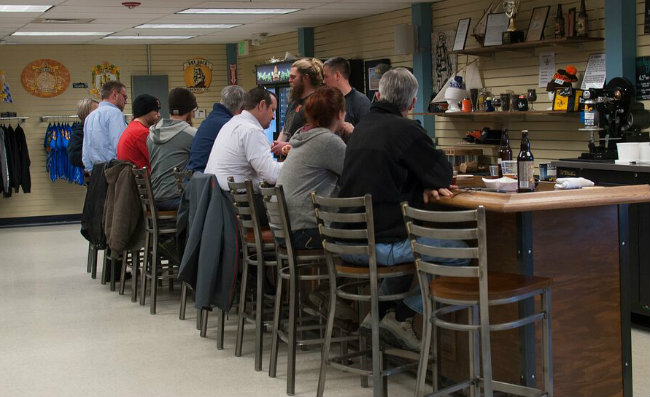 Dry Dock opened in 2005 inside an 800-square-foot facility. The beer won some awards and garnered even more publicity, and all of a sudden DeLange was regularly hosting some 50 people in a tasting room set up for about 22.

"You couldn't move," he remembers. "But we knew the expansion was going to be very expensive. We started saving all the money we could, and in June 2009, we moved into 6,000 square feet."

The new space came with frontage on Hampden Avenue, which attracted even more people, so, within nine months, DeLange and his business partner were back in their architectural firm's office looking to grow again. They did just that in January 2011.

These first two expansions weren't the result of hitting some magical sales numbers or necessarily even part of a plan at all. There was no "if we do that, then we'll do this" strategy. "Both times, the reason was we had enough beer, but we didn't have enough space for the people," DeLange says.

The most recent expansion, however, took a lot more thought. In 2013, they opened a mammoth production facility known as North Dock. "Now we had enough room for the people, but we couldn't make enough beer for the liquor stores, bars, and restaurants."

As a small business owner, of course, this type of demand for your product is a fantastic problem to have. But it's a problem nonetheless. "We were doing very well, and we could have just stayed the size we were," DeLange says. "Or did we want to become a manufacturing brewery and distribute more widely? It took us nine to 12 months of soul searching to make that decision." 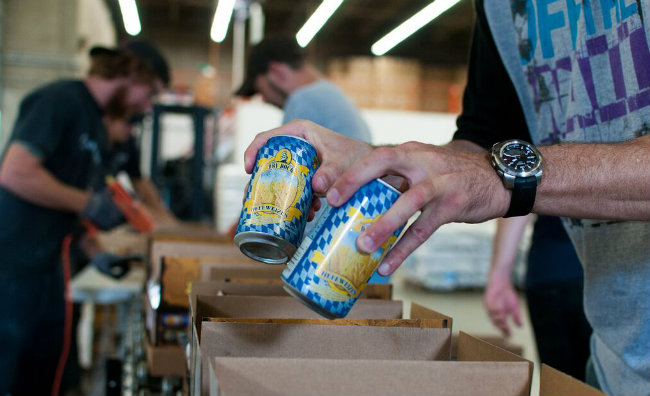 The extended soul searching was necessary because, like other craft brewers, DeLange "never did any of this for money," he says. "We do it because we enjoy it."

All of these entrepreneurs have that in common: They do it because they love beer. And they love the craft. And if there is some sort of blueprint to building a successful craft brewery, that love and passion, is the foundation.

Which is cool, because that passion is ultimately what prompted DeLange and his partner to go big again. "It's a lot of work -- and we had to ask do we want to work that much; work-life balance and all that," he explains. "But what an exciting challenge. A lot of our co-workers thrive on growing their careers and being challenged and being part of a brewery that's growing.

"If we had just said, 'No, we're going to stay how we are,' we would have risked getting stagnant, risked losing some good talent. So we did it as much for our co-workers and the business as we did for ourselves." 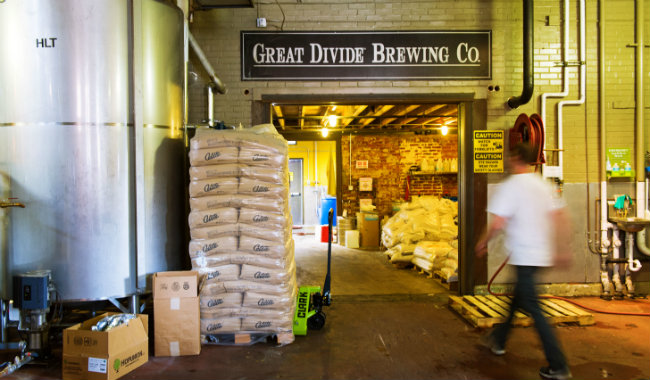