Nearly 15 years after Schwinn/GT shut down in Boulder, Colorado's bicycle makers are mounting a comeback with a handcrafted approach, and leading the industry in the process.

Colorado is home to some of the most innovative, artful, and longest-standing handcrafted bike manufacturers in the U.S. Using everything from high-end wood to carbon-fiber to titanium, these companies are growing as they make some of the most revered and best-reviewed bikes out there.

Take Alchemy Bicycle Co.'s $11,995 Helios road bike, which Outside magazine named as one of the seven best road bikes of 2015, calling it "a magical ride for the price of gold." Then there are the wooden wonders that are Connor Wood Bicycles, made of ash, and black walnut with laminates of Kevlar and carbon fiber. (Yes, they can take the rigors of the Leadville Trail 100 MTB mountain bike race.) Colorado is also home to titanium titan Moots in Steamboat Springs. Across town, Moots founder and Mountain Bike Hall of Famer Kent Eriksen now makes bikes under the Kent Eriksen Cycles label.

All four businesses are seeing growth and anticipating higher demand as consumers look for higher-end bikes and open their wallets to the higher prices that these bikes fetch. "People are willing to accept a five-figure bicycle," says Alchemy owner and founder Ryan Cannizzaro. "When we got started seven years ago, it was almost unheard of." 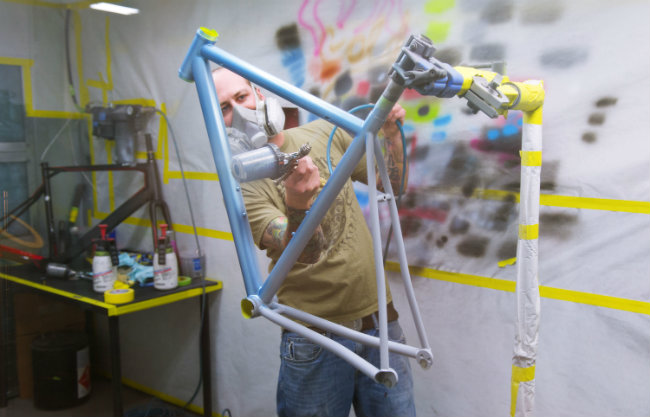 "I think people are starting to realize that you can get a better bicycle by spending a few extra grand," Cannizzaro says. "We design and manufacture what we believe is the best bicycle. As long as we can do that at a price point that doesn't scare off the person that's looking for that perfect bicycle, then we'll manufacture it."

Cannizzaro has also noticed that the price point between high-end handcrafted bikes in the U.S. and those made by mass manufacturers are disappearing. "When the companies manufacturing bikes overseas see the trend of spending five figures on a bicycle, it's making our lives easier because they're coming up to our price point," he says. He points to Trek's Madone line of bikes. A quick check on Trek's website reveals three models that sell for more than $11,000.

Pricing of parts has also allowed handcrafters in Colorado give for being able to better compete with mass bike manufacturers. "Component manufacturers in the industry have embraced the idea of small frame builders and small frame builder pricing. We no longer have to sell 30 of something to get the deal," explains Katie Lindquist, Eriksen's, business partner and wife, and a fellow mountain-biking legend. It's a sentiment echoed by other handcrafted bike manufacturers. She adds, "Custom frame builders are the new shop in town. We are a new face and component makers seem to understand we have a presence and people go to our websites and talk directly to us about components."

Eriksen, whose complete bikes start at about $7,000, manufactures about 150 bikes a year, according to Lindquist. "That's the size we're happy with. We all make a living. We all get some sleep at night. We work a lot but it's easier than having too many people around the shop. We all do a little bit of everything." 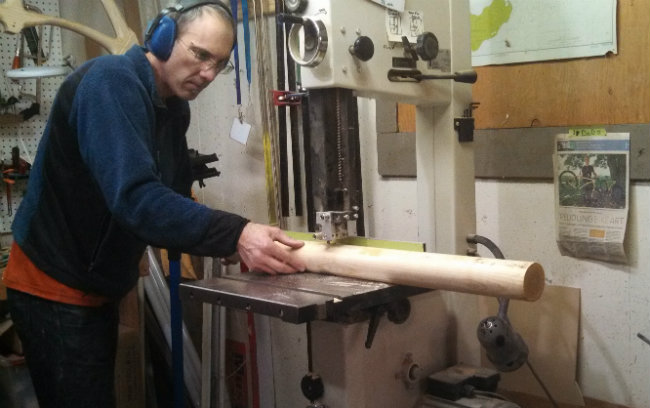 The ability to get lower prices on components even holds true for Chris Connor, owner of one-man shop Connor bike, who made 15 handcrafted wood bikes in 2014 and expects to make more this year. His cruiser bikes, which even sport wood handlebars, start at $3,500, and his mountain bikes can fetch up to $10,000.

Connor puts about 40 hours of work into each bike, he says. "Half of my time is spent selling marketing, tracking down parts, building vendor relations. Realistically, my shop output tops out at 24 bikes a year," he says. He anticipates growing the business beyond that. But will have to start looking at additional hires at that point. "That's my challenge spot. I won't be driving enough income to drive increased overhead costs until I get to a higher sales level."

He can get help with marketing and procurement, but the skill in building the bikes -- Connor previously built classical acoustic guitars with his brother in Massachusetts as well as wooden boats and furniture -- will require a whole different level of expertise. He envisions an apprenticeship as one possibility for expanding production. Such a person would have to be skilled at woodworking and creating high-quality laminates while using aircraft-grade epoxies and marine-grade finishes, not to mention layering other materials to provide the right combination of suppleness and stiffness in bike frame -- it's complicated.

Moots, one of Colorado's longest-standing bike manufacturers, produces many more, between 1,200 and 1,300 bikes a year, with only about 10 percent of them being custom-made at this point, says President Butch Boucher. That's partly because the company offers so many sizes, about nine or ten per frame. Still, when it needs to make a fully custom bike it can. "We built a bike DeAndre Jordan, who's on the L.A. Clippers, through a bike shop. He's over seven feet tall." 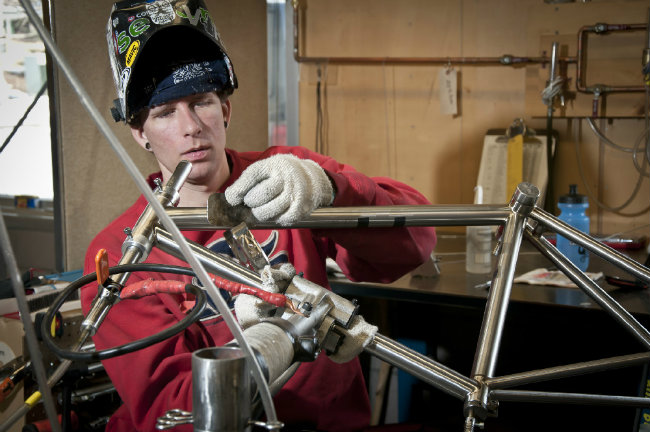 Moots is anticipating growth in 2015. "We feel like we've got a lot of really good parts in place to try and grow the market more," Boucher says. "One of the sparks has been dirt road and gravelroad riding. We did a cyclocross bike for years. We did a redesign on it half a year or so ago and renamed it coming into the fall so it was more identifiable as what it is."

That model, the Routt, saw sales surge 200 percent after revamping it, he says. The company also is focused on selling bikes now as complete units and not just frames -- as it had in the past, partly because its able to access lower-priced components.

For now Moots is one of the biggest Colorado-based bike manufacturers, but Alchemy is in high gear. Cannizzaro expects that the company will make about 500 bikes this year. "Over the next three years, our goal is close to about 3,000 bikes a year." He says the company's shop in Denver is set up to build to that level.

With those levels of production, Moots and Alchemy are able to sell to high-end bike shops across the U.S. and even overseas, but Eriksen and Connor are largely direct-to-consumer (DTC) manufacturers. Still, they're both entering retail.

Connor says his bikes are available at Hub of Aspen and Turin Bicycles in Denver. "I have a rep I'm working with exploring East Coast territory," he says. "He's looking for some nice retailers that get it." After all not every retailer is going to understand that Connor's bikes, essentially works of art, can be a selling point, or at least an attraction point to draw customers into a shop. For instance, Connor built a bike for Louisville Slugger out of baseball bat billets, which now is at the Louisville Slugger Museum, where it generates considerable interest, he says. 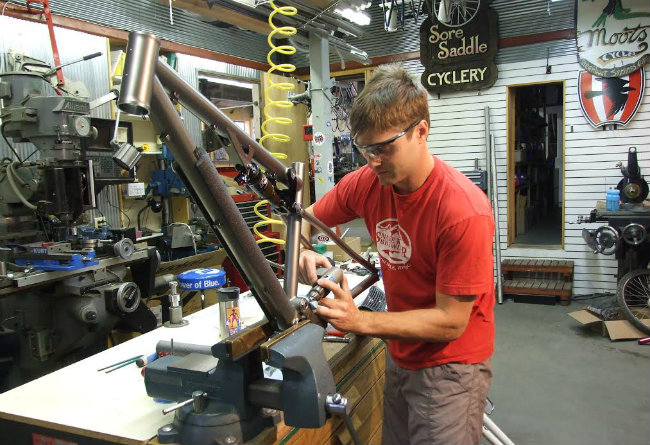 These manufacturers have to compete with big bike manufacturers in their marketing. Cannizzaro notes that most of the company's budget is spent on materials and labor. Connor's one-off Louisville Slugger bike is one way he's been able to distinguish his bikes. But the annual North American Handmade Bicycle Show is an opportunity for all of these companies. Eriksen won an award for the best road bike at this year's show and Alchemy won one as the best carbon layup frame.

In Eriksen's case, "For us to go out there, that's our marketing," Lindquist says. "People want a person who's riding a bike and knows what the bike is supposed to be doing."