When someone is suspected of drinking and driving, they're typically asked to blow into a breathalyzer. The alcohol from their lungs reacts with a platinum fuel cell in the device to create an electrical current. The strength of the current, with the help of a few algorithms, determines whether they're over the legal limit.

Lifeloc has long been one of the primary players in the country's breathalyzer market, and they're bringing a 21st-century mindset to the business. Kirby Phillips founded the company in 1983 and developed the company's patented LifeGuard Breathalyzer.

The company's "big break” came in 1988, says Barry Knott, now president and CEO. "The U.S. Department of Transportation legislated that everyone in the transportation industry -- that's trucking, air, rail, and maritime -- had to undergo some form of random alcohol testing."

Lifeloc has subsequently sold breathalyzers to both transportation companies and law enforcement agencies and more than half of the states. In the late 2000s, the company nabbed Michigan's state law enforcement contract from a competitor and now has about 5,000 units in the state. 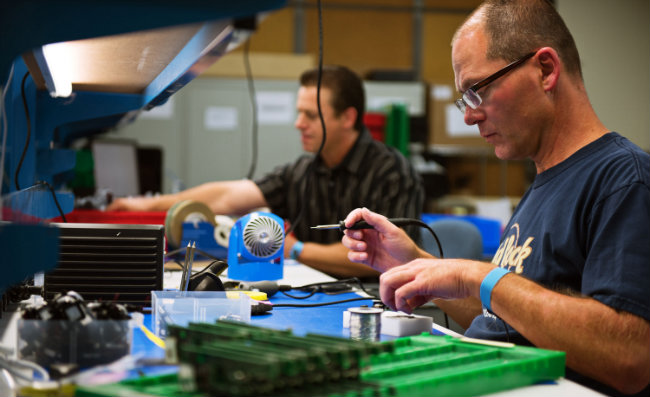 Lifeloc is now making inroads in international markets like Colombia and Indonesia. "The international segment is the fastest growing segment of our business," says Knott, noting that about a quarter of the company's sales are now exports. "We're helping countries that are just getting into breath-alcohol testing and DUIs."

Like an inkjet or a razor blade, the plastic mouthpieces for Lifeloc's breathalyzers are disposable. "That's a nice annuity part of our business," says Knott.

Executive VP G. Ravishankar came on board in late 2011 to help improve Lifeloc's efficiency and streamline the company's supply chain. "When I started, it was all manually done, every little piece," says Ravishankar (a.k.a. Ravi), who has a manufacturing background in the semiconductor and medical device industries. "We've put a lot of effort into repeatability and calibration."

Everything is manufactured in Colorado, and the company recently brought its plastics back from Asia to Denver-based Intertech Plastics. "We've been bringing our plastics back, which is unusual" says Ravishankar. "People think that is all in Asia, in China and everywhere else." 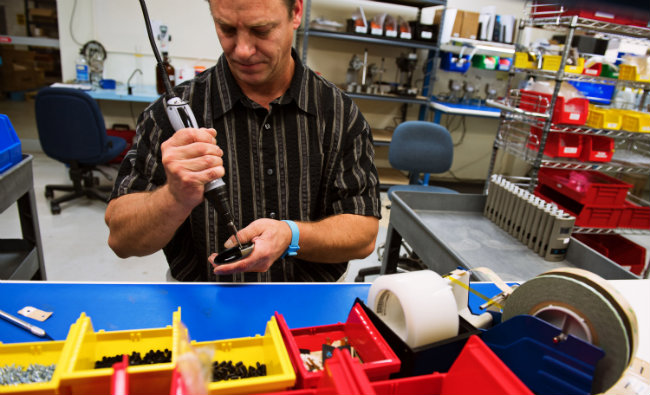 There's a reason Lifeloc is re-shoring its plastic production: Ravishankar says he tries to determine the "total cost” of every component. "It goes beyond the price of it," he explains, highlighting the consistency of supply and time spent in the warehouse as factors. "These are all hidden costs that people don't recognize."

Improvements in the supply chain has allowed Lifeloc to lower its inventory while upping product quality, he adds.

"We've gone from a little job shop to an assembly line that Ravi's implemented," says Knott, who sits on the board of Manufacturer's Edge.

They've also helped smooth out some supply chain issues by making their own platinum fuel cells -- a component that usually amounts to about 25 percent of a breathalyzer's cost. The company now sources about half of its fuel cells from vendors and makes half in-house, and now offers a lifetime warranty on its cells.

Ravishankar say that all of these improvements add up to a more innovative company, which is critical for the company moving forward. "The number of new products we are going to introduce is going to accelerate," he says, noting that Lifeloc's catalog of 10 products will likely double in size before 2020.

Knott says that new products will underpin future growth and allow Lifeloc's growth curve to continue. The company had $8.4 million in revenue for 2013, and has experienced an average compounded growth of 17 percent since 2010. 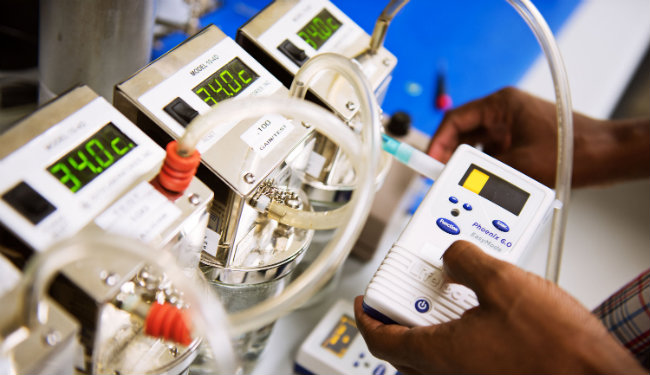 Challenges: Software and engineering talent has become harder to find in the last year, Knott says. "On the labor side, we have a deliberate strategy of recruiting and hiring only 'A' players," he explains. "That's become increasingly difficult for us in the local labor pool."

Same goes for skilled assembly workers, says Ravishankar. "Finding skilled technicians who can do good electrical assembly is not as easy as you would think." Colorado's community college and trade schools often focus on machining over soldering, leaving a gap in the labor market. These skills "are very much experience-based," he adds. "You need to have done it for a long time. It's not like in Germany where you have good apprenticeship programs."

Echoes Knott: "Some of the skill sets that moved over to China have completely evaporated over here."

Opportunities: Marijuana breathalyzers. "We're very excited about that," says Knott. "In Colorado, everyone is aware of the unintended consequences of marijuana legalization." Chief among them is an uptick in stoned driving arrests. To wit, the Colorado Office of Economic Development and International Trade awarded Lifeloc with a $250,000 grant to accelerate R&D on a marijuana breathalyzer. Knott says he expects it to hit the market in 2016. "We're happy to be on the front lines of developing a breathalyzer for marijuana," says Knott. "We think this product will have applicability across the U.S. and we're starting to get some global interest."

"It's a much bigger challenge than alcohol," he adds, noting that the methodology for determining THC intoxication -- spectroscopy, as opposed to the electrochemical reaction used for alcohol testing -- is not "particularly well-suited for rapid response at the roadside, which is what law enforcement would like to have."

Needs: Sales and marketing resources, as well as a new enterprise resource planning (ERP) system. "We're outgrowing the [ERP system] we have right now," says Ravishankar, highlighting a gap in the ERP solutions space for medium-sized companies. Large and small companies have more cost-efficient options, but new technology might help fill the void. "There's a lot happening in cloud computing that might allow that to happen," he says. 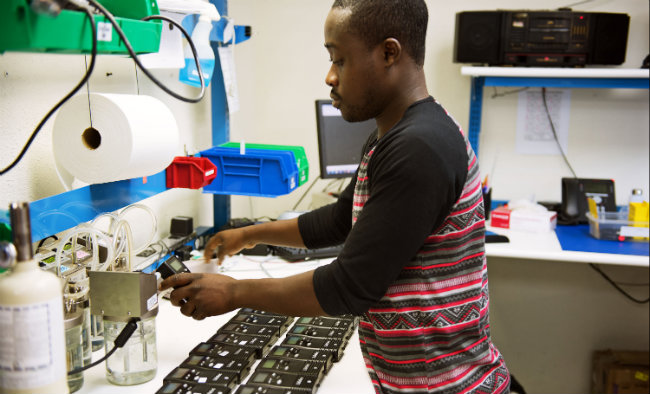