Johnson and Reeser, now the respective CEO and president of Lightning Hybrids, were pursuing the Automotive X Prize in 2008 and developed the slick LH4, debuting it at the Denver Auto Show in April 2009.

"It was a pretty sexy looking sports car," says Reeser. But under the hood "was the same technology we use today."

That technology recycles the energy usually lost in the braking process. "We're covering all of the braking events and using that in the acceleration cycle," says Reeser.

The path to the big pivot began at the show, when a state fleet manager told the duo, "If you can put this hybrid technology on trucks and buses, I'd be a buyer."

They moved to port their technology to larger vehicles and Lightning Hybrids was born. 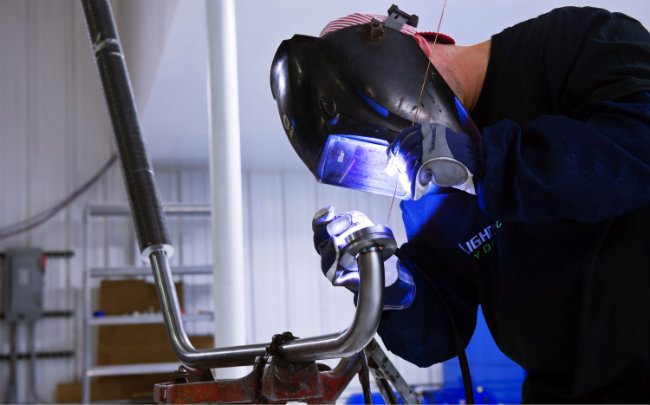 Johnson and Reeser realized the chance of financing a new auto company in the dismal fiscal climate of 2009 was next to nil, so they developed a business plan that revolved around four key points: it had to be modular, it had to be flexible, it had to be a retrofit for existing vehicles, and it have to "have a very fast payback," says Reeser.

"The actual idea was not new, but nothing met our four design points," he adds. "Because they haven't done it before, nobody tells you it's hard."

The key was figuring out how to install the system on different vehicles by different manufacturers. "A Ford truck versus a Mercedes truck are very, very different," says Reeser. Now that Lightning's engineers have ascended the steep learning curve, they can handle almost any vehicle, including Indian bus brands like Ashok Leyland. "We're heading to India to install the first one in two weeks," says Reeser.

Five years after its founding, Lightning Hybrids is now on the cusp of releasing the fifth generation of its system. Reeser touts a 20 to 35 percent increase in fuel efficiency and a 20 to 30 percent reduction in greenhouse gas emissions. The former stat is up significantly from a 10 percent increase in efficiency for the first iteration of the system. Because diesel trucks no longer burn a big gulp of fuel to get started, "You don't see the black plume of smoke," says Reeser.

The top target markets are buses and tractor-trailer delivery trucks. Notes Reeser of the latter market: "We're the only company that builds a hybrid system for a truck that big." 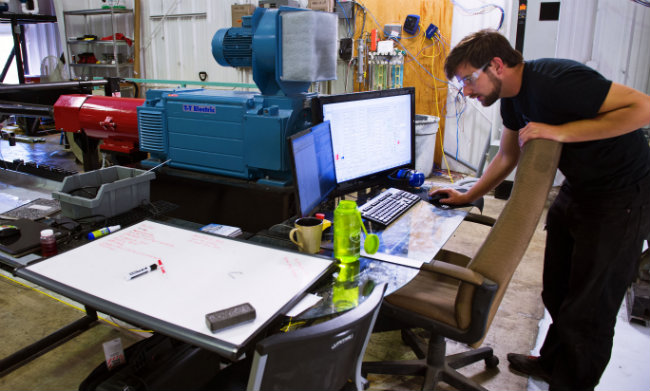 The company began selling its patent-pending hybrid systems last year and has 15 installations to date. Reeser expects that number to grow to 100 by the end of 2015.

Lightning has closed on $10 million in outside capital to date from such investors as Factor(E) Ventures, a joint venture of the Shell Foundation and the Energy Institute at Colorado State University, and 9th Street Investments in Golden.

The 9th Street infusion also catalyzed a spinoff company in Steelhead Composites to make the hydraulic accumulators that capture braking energy for the system. Before the founding of Steelhead in 2012, Lightning relied on a pair of out-of-state suppliers for its accumulators, making for a bottleneck in the supply chain.

"Now with Steelhead, we have a supplier that's very focused on us and they've made some innovations," says Reeser. "We wouldn't have the opportunities we have today without that spinout."

Lightning Hybrids' investors "have helped us define the market," adds Reeser. He says Factor(E) has helped the company make a push into exporting, noting, "One of their prime directives is energy independence in the developing world."

But Lightning isn't resting on its laurels -- Reeser says the company is looking to continually innovate and improve its technology. "In all of our modeling, we know we have significant room to improve," he says. "The better we get with the software and the better we tune it, the better [efficiency] we're getting." 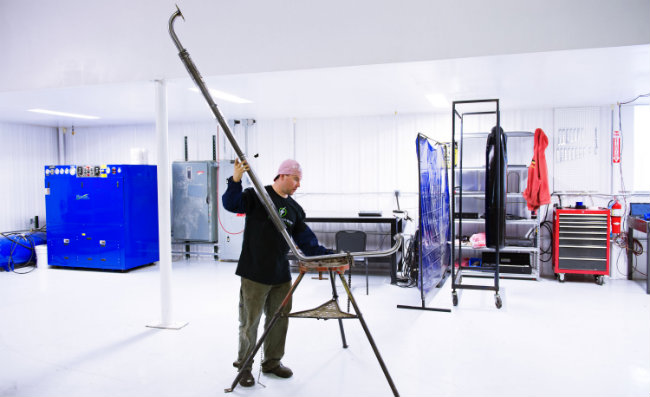 Challenges: As a system currently costs about $20,000, not including federal and state incentives that can cover as much as 80 percent of the retrofit costs, Reeser hopes to lower the price by increasing volume. He likes it to "a chicken and egg," noting, "The pricing trends tend to be very elastic on volume. Our vendors give us a much better price as the volume goes up." He says an uptick in volume could result in the system dropping to about $10,000.

Opportunities: "Were' seeing a big shift in opportunity to international markets," says Reeser. To this end, Lightning Hybrids has signed agreements with distributors in the U.K., Turkey, and India, and a deal with a Brazilian distributor is in the works. "Some of it is fuel prices," says Reeser. "In Turkey, fuel prices are over $10 a gallon. Also, culturally in Europe, they are very interested in environmental solutions."

The company started exploring exports in late 2013 and brought on Tim Sherwood as international general manager in spring 2014 to lay the groundwork for expansion overseas. "What he's brought us is a really keen understanding of the cultures in these various markets," says Reeser. "We expect over 50 percent of our sales for 2015 and 2016 will be international."

Needs: Skilled fabricators and mechanics. "These are tough jobs to fill," says Reeser. "The supply of these people is tight, and the demand is high." 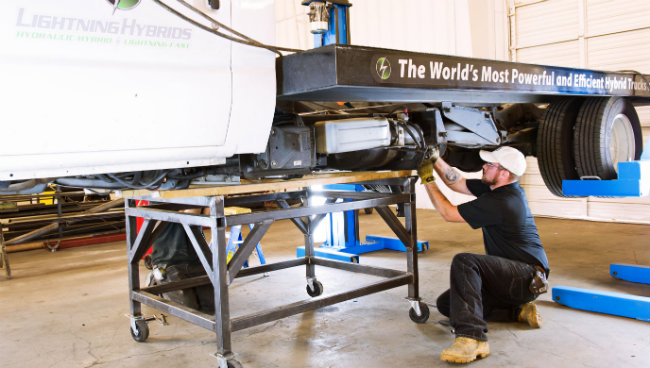