Lee Scott was the original chemist that formulated and branded Scott's Liquid Gold Wood Cleaner & Preservative early in the 20th century, but today's iteration of Scott's Liquid Gold came to be on April 4, 1951. That was the day that President and CEO Mark Goldstein's grandmother, Ida, purchased the Scott's Liquid Gold formula for $350 as a small business opportunity for her three sons.

"I actually have the check framed in my office," Mark Goldstein says. "The motivating factor is that my birthday is also April 4, so there was a little bit of an omen in that."

In 1969, the company went public, but it's still largely owned by the Goldstein family and its 64 employees. For the 45 years since, SLG has operated its manufacturing and distribution center at 48th and Havana in Denver.

The company first formed its business around cleaning products, a lineup that today includes the flagship Scott's Liquid Gold wood cleaner and preservative as well as other brands including Dust 'n Go, Wood Wash, and Clean Screen. Then, in 1992, Scott's Liquid Gold expanded into health and beauty care products and today offers a wide range of brands including Alpha Hydrox, Neoteric Diabetic Advanced Healing, Montagne Jeunesse, and Batiste Dry Shampoo, as well as massage oils and air fresheners. At SLG's manufacturing center, the company has 60,000 square feet devoted to manufacturing its health and beauty products and a separate 70,000 square feet devoted to its household products. 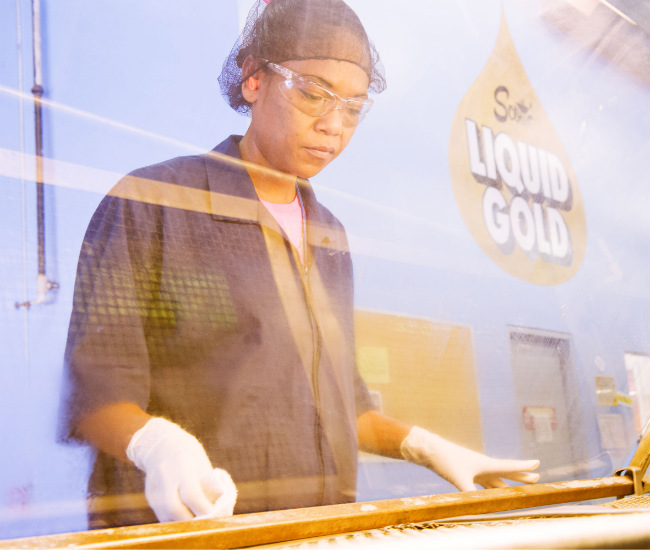 Goldstein's willingness to expand into potential opportunities has helped fuel the recent growth of Scott's Liquid Gold -- the company has recorded 20 percent increases in revenues in each of the past few years. This year, the company is on track to notch $25 million in revenues. About 65 percent of the company's revenues come from its relatively new health and beauty category of products, with the remainder coming from the flagship Scott's Liquid Gold and related cleaning products.

"The dynamics of health and beauty care are just a larger dynamic with faster growth," notes Goldstein, adding that consumers today spend less time clean and more on grooming.

Goldstein points specifically to Batiste, SLG's dry hair shampoo, as a particularly popular product, as well as a prime example of the company's strategy of expanding into specific, unique niche segments. He says that dry shampoo initially grew out of hospital patients' need to clean their hair and now is used by a wide range of consumers -- for example, his daughter uses it to quickly freshen her appearance before heading to the gym in the morning. "Dry shampoo has become a fashion-forward beauty statement," says Goldstein.

Since SLG jumped into the dry shampoo market, other heavyweights including Procter & Gamble and Unilever have also entered the space. "Virtually every shampoo [brand] has a dry shampoo offering," Goldstein says. "We have lots of competition, which is great -- it's really developed the category."

Challenges: As the big get bigger, "our challenge is to continue to be a small player in a big arena," Goldstein says. Part of that effort, he says, is to accurately communicate with consumers. "When I was growing up, it was the TV that told you what to buy. Today, thankfully, it's about a dialogue with consumers. It's just such a more information-laden world."

Opportunities: Goldstein notes that continuing to develop "unique products" like dry shampoo is "always an opportunity."

Needs: "With any small company, you're looking for more resources to advertise your brands and communicate with consumers," Goldstein explains. "We manage brands on a small budget." 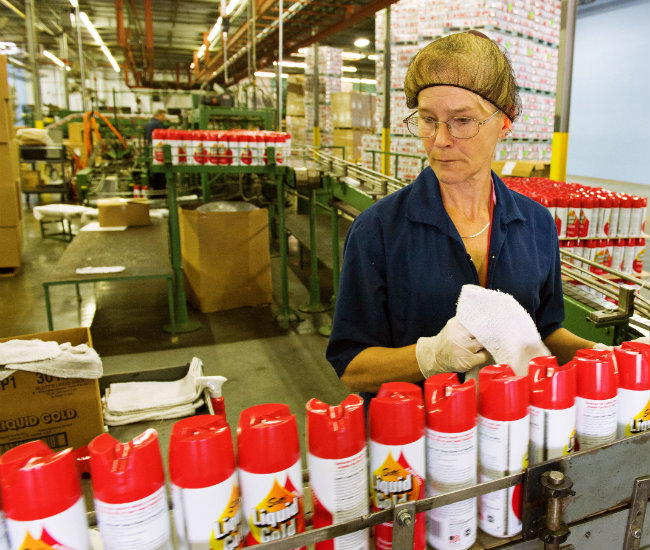