The latest in a series of Industry Reports from CompanyWeek.

US manufacturers have begun to flex their newly re-shored muscle. In response, cities, states and regional economic developers are focused on how to attract and retain energized primary job creators.

Take Tesla’s $5 billion gigabattery factory, for example. When the company announced plans to build a new plant, economic developers throughout the country kicked into action. Elon Musk’s vision could bring an estimated 6,500 jobs and unparalleled bragging rights to the winning city and state.

Odds-on favorites this spring were the states of Texas, Arizona, New Mexico and Nevada. All offered traditional tax based incentives as well as low labor costs and less government red tape. Last week, however, the LA Times reported that Stockton, Calif. (population 296,000) is a leading contender. California taxes are higher, but the proposed Stockton site is near another Tesla plant and major suppliers. It also offers industrial-zoned property, a port that handles ocean-going vessels, major freeway access and nearby rail and airport facilities – plus an existing auto manufacturing-trained workforce.

Tesla is hardly the only company on the move. Last year Colorado saw national firms like Fidelity, Charles Schwab and Visa open new operations, and is now the 4th fastest job-growth state in the country. Utah has attracted Microsoft, Twitter, Cabelas, Exelis, Salomon and more, and Wyoming continues to build on its core energy sector. 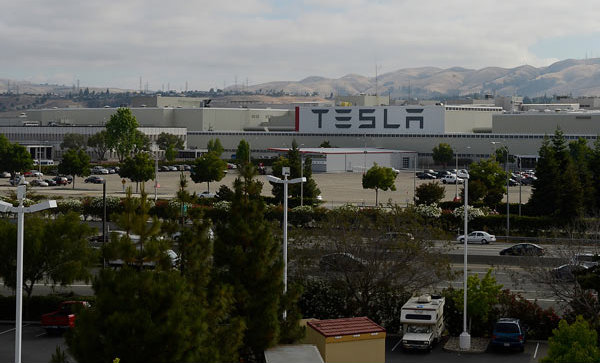 The Mountain West may be less populous, with a smaller workforce and industrial supply chain components than its East and West coast counterparts. But it also boasts powerful regional selling points. Highways are – in most cases - designed to handle increased population and traffic. Its urban infrastructure is “younger” and in better shape than that of many Rust Belt states. Personal property taxes in Colorado, Utah and Wyoming are also lower than elsewhere. And Rocky Mountain R&D-focused university labs offer attractive partnering opportunities for corporate innovators.

Some communities are well-organized with incentive packages for new hires and business growth.

“While I think companies like to tell their board and stockholders that they negotiated a great incentive package, some companies don’t follow through,” she says, noting that over 5 or 10 years corporate management changes or slower-than-projected hiring may push tax base audit forms and paperwork to a low priority.

Metro Denver EDC and its local economic partners (a 9-county consortium) help companies identify and qualify them for the appropriate local incentives, once top locations are identified.

Programs vary by community but generally include the following:

· Personal Property Tax Credits – Cities, counties, and special districts may negotiate a personal property tax rebate of up to 100% for 10 years.

· Waiver of Permit Fees – In addition to expediting the building permit process, cities may choose to waive all or part of various permit fees.

"Whatever we were doing in the `80s and `90s didn't work," Bob Jensen, former CEO, Wyoming Business Council

Boulder County is home to strong supply chain clusters, a highly educated workforce and to University of Colorado research and development laboratories, but Harald believes that manufacturers are attracted to the attributes of the region -- “not to any ‘special sauce’ in Boulder.”

“It’s everything we have to offer along the Front Range,” he says.

His view, much like that of Companyweek.com Publisher Bart Taylor, is that collaborative regional strategies – along with traditional tax incentives, enterprise zones and entitlement fast-tracking -- are vital to attracting new industry.

So how are Colorado and neighboring states incorporating collaborative strategies so far? Here’s a brief recap.

A few years ago, the Wyoming Governor’s office rounded up 15 key business leaders to form a statewide Business Council.

"Whatever we were doing in the `80s and `90s didn't work," Jensen says. "It wasn't effective. We've always had a low tax base, but that in itself isn't an incentive to get businesses to come here or grow here."

Fort Collins in Larimer County had been home to a Woodward, Inc. engine manufacturing facility since 1955. The area’s climate and outdoor recreation made it a recruiting plus. The community also offered attractive intangibles: a highly acclaimed K-12 system, a research university, verdant well-maintained parks and rich recreational, sports and cultural activities. In short, a great place to raise a family. Those factors all contributed to management’s decision in 2006 to move Woodward’s corporate headquarters to Fort Collins.

Fast forward to 2013. The company had grown to a $2 billion operation. It needed room to expand. In spite of compelling offers from other states – including at least one that exceeded the local community’s $23 million incentive package -- Woodward accepted the Fort Collins City Council’s offer. Community partnership and quality of life won out. 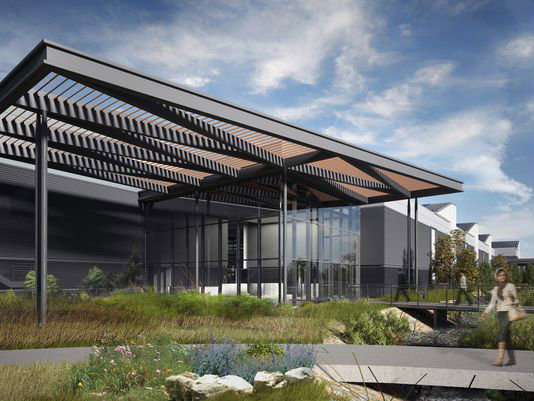 No checks were written, no money changed hands explains an observer of the process, former CEO of the Colorado Springs Economic Development Corp. and former member of the board of the Northern Colorado Development Corp Rocky Scott.

In the end, the city negotiated the company’s tax base, allowing Woodward to donate land and improvements for a city park as well as for public road improvements.

“Corporate (tax) incentives are a secondary factor. They alone are not enough to make key talent – the driving force behind a successful business – move their families or to remain in a less than satisfactory environment.”

The state’s EDTIF tax credit is a post-performance, refundable tax credit for up to 30 percent of new state revenues (sales, corporate and withholding taxes paid to the state). A new company, for example, might qualify for a 10-year agreement to bring 250 new jobs. Those positions must pay 125 percent of the average county wage plus benefits. Each year, the operation’s tax burden is offset, based on actual new jobs created. A key provision: each benefiting community must contribute something to the deal.

But tax incentives alone – though important – don’t get the job done by themselves.

“From our experience they’re not the most critical,” O’Malley says.

Like Rocky Scott, he sees pristine quality of life and proximity to recreational amenities as a top draw for owners and employees. Utah is the first state in the country to create an Office of Outdoor Recreation in support of outdoor products industries. As a result, Enve Composites, a growing carbon fiber road and mountain rim and wheel systems maker, has opted to stay in Ogden City. The city’s existing aerospace advanced composite industry resources created an additional win-win R&D opportunity.

The region also benefits from a well-nurtured logistical environment. Named the 4th most diverse economy in the nation, Utah promotes a “robust set of industry verticals” -- from Information Technology to Life Sciences, from Outdoor Recreation to Aerospace/Defense.