Founder and CEO Patrick Tatera aims to revolutionize brewing and beer distribution with his proprietary process to make concentrated beer.

In the late 1990s, Tatera was backpacking in Canyonlands National Park. At the end of the day, he wanted a cold one, but few things pack worse than beer.

"You can have kung pao chicken in the woods," says Tatera. "There's gotta be a way to get beer on a backpacking trip more realistic and more convenient."

A chemical engineer turned high school science teacher and avid homebrewer, Tatera became "a garage mad scientist" for the better part of a decade before perfecting the process for concentrated packable beer. "We're not brewing a beer and taking the water out of it, we're brewing a beer inside of a beer," he explains. "We call it nested fermentation." 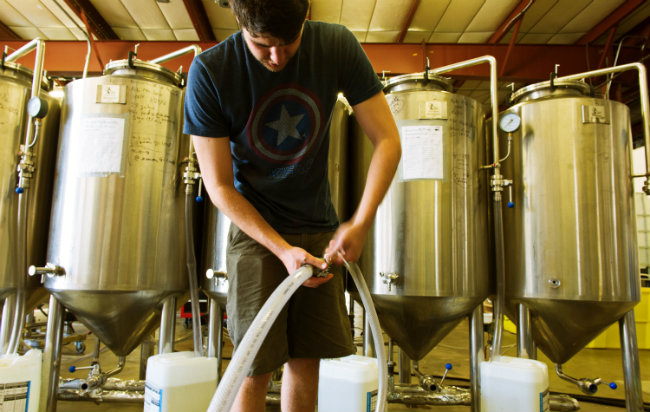 Once he had proof of concept in his mug, Tatera launched Sustainable Beverage Technologies (SBT) and its consumer brand, Pat's Backcountry Beverages, from Talkeetna, Alaska, in 2008 and moved the company to Colorado "because of the brewing culture" in 2012 with plans to build SBT into a B2B company.

The company is now selling Pat's in 1.7-ounce bottles of American Logger, Pale Rail, or Black Hops. Pack one in, mix it with 14.3 ounces of water in a $40 carbonator bottle, and you've got a pint on the trail.

Tatera is now preparing to unveil Brewvo, his "change-the-world business" at the 2016 National Restaurant Association Show in Chicago in late May. He's working with Denali Brewing Company, Crazy Mountain Brewing Company, and another large Colorado craft brewery as well as major brewers to rotate Pat's and six other beer varieties for attendees to sample. 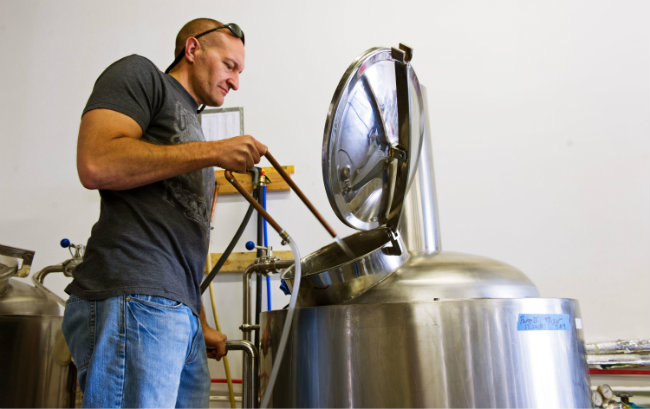 He likens the Brewvo "liquid concentrate" to the bag-in-box model employed by Coca-Cola and PepsiCo with regional bottling facilities. Like Coke and Pepsi, regional facilities mix it with carbonated water at a six-to-one ratio and just like the end of the hike, you've got beer. "People immediately identify with the lower shipping costs," says Tatera, noting it's a benefit primarily enjoyed by distributors.

For brewers, Tatera offers a three-pronged sales pitch. "We're able to increase capacity of the brewery significantly," he contends, citing potential for a 300 to 500 percent bump in production and an "immediate release" from capacity constraints. It also saves 30 to 40 percent of energy costs and reduces water usage by 50 to 80 percent.

But where the rubber meets the road is maintaining the flavor and character of the beer. How does it taste? "It's delicious," says Tatera. He says that the process can "clone" beer recipes. "We're working with some of the most reputable craft and mega brewers. We've earned their respect." Blind taste tests have had similarly positive results, he adds. 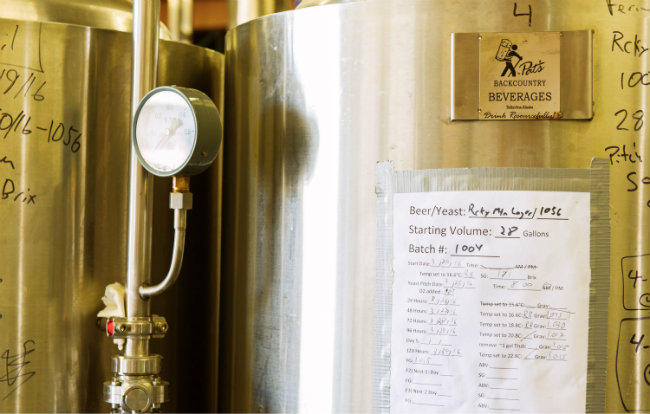 "What makes our technology effective is not ingredient-based," says Tatera. "It's process-based." Brewing takes place at a high gravity, says Tatera, "then we come in and we very carefully remove the alcohol and at the same time we're fortifying the beer with fermentable ingredients." By reducing the alcohol, the process "allows the yeast to keep working." He likens it to Russian nesting dolls and reiterates, "We literally make a beer inside a beer inside a beer."

The company is working on a tap system made by Cornelius, a Berkshire Hathaway-owned manufacturer of beverage dispensers, at the 2016 NRA Show. The plan calls for installation of the system at several locations in metro Denver and Chicago in the following months.

Production for Pat's and the breweries takes place at SBT's Wheat Ridge facility, but the licensing-based business model calls for installation of nested fermentation systems onsite at client breweries. Tatera aims to install the first such system by late 2016. "This is a go-to-market technology," he says. "I'm bullish by Q4 of this year, we'll be bridging that transition" from R&D to installations at client breweries. 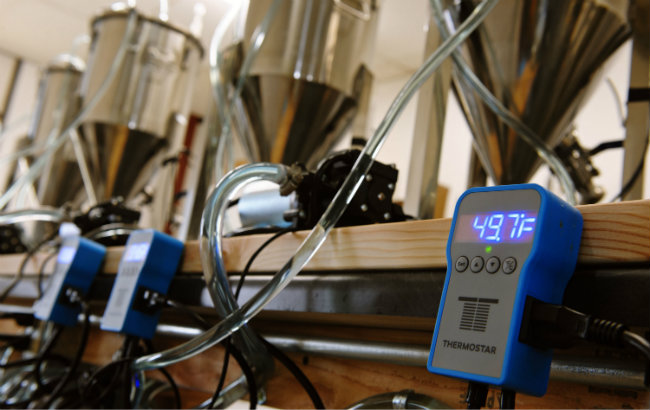 All things considered, Tatera's thirst for a beer at the end of a hike in Utah has snowballed into a vision for something much bigger. "The backpacking market was like a little crack in the sidewalk everybody stepped over," he says. "It’s not a huge market, but it's an obvious place to launch.

Challenges: Getting consumers on board with the concept. "From a psychological perspective, people perceiving it as something different" is the top challenge, says Tatera. "Perception is the biggest piece of winning over the hearts of consumers."

Opportunities: To bring Brewvo to 3,000 breweries in the U.S., and many more worldwide. "We're launching initially into the draft beer space," says Tatera.

The big opportunity is "to bring about a revolution” in brewing, he adds, by reducing water waste and energy needs. "But first things first, we'll get the beer on tap, then there's a lot of different directions to move the technology," he says.

Needs: "Dialing in the dispensing system with Cornelius," says Tatera, who says it will take some time at test locations to make sure the technology is ready for prime time.

Other than that, his plan is to keep the company focused on R&D and low-volume manufacturing of Pat's products at its facility in Wheat Ridge. "We don't want to physically grow," he says. "We're going to help the brewers physically grow." 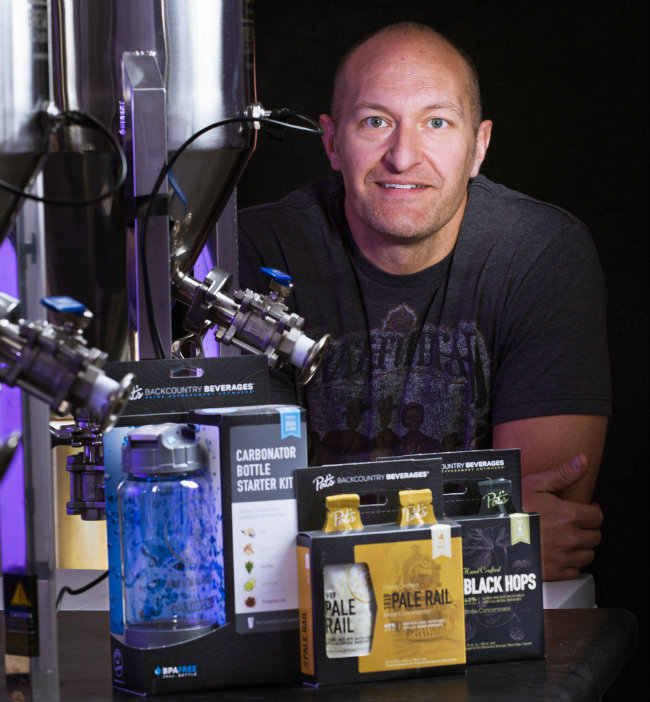